Last fall I was contacted by Mattis Lind, a well known Swedish collector, about a PDP-9. He asked me if I was interested in one. If I was! At first I didn't really knew much about the model at all, but I quickly learned that this was a rare machine from the late 60's. So I just had to have it!

Mattis had been contacted by a person who had a PDP-12 and a PDP-9 in his cellar. The problem was that he had to give them up since he could not keep them in the cellar any longer. Mattis was offered both machines and agreed to take care of the PDP-12. However, he turned down the offer on the PDP-9 since he already had one in his possession. He thought of me since he had seen my restoration of a PDP-8L and a PDP-8a.

After having looked on my other restoration projects, the person donating the computers decided to leave the PDP-9 in my care, thinking I could do it justice. So, on a well spent November weekend I took my car, brought a friend along and drove the ~600 kilometers to Stockholm. We loaded the computer on a trailer and took it home! 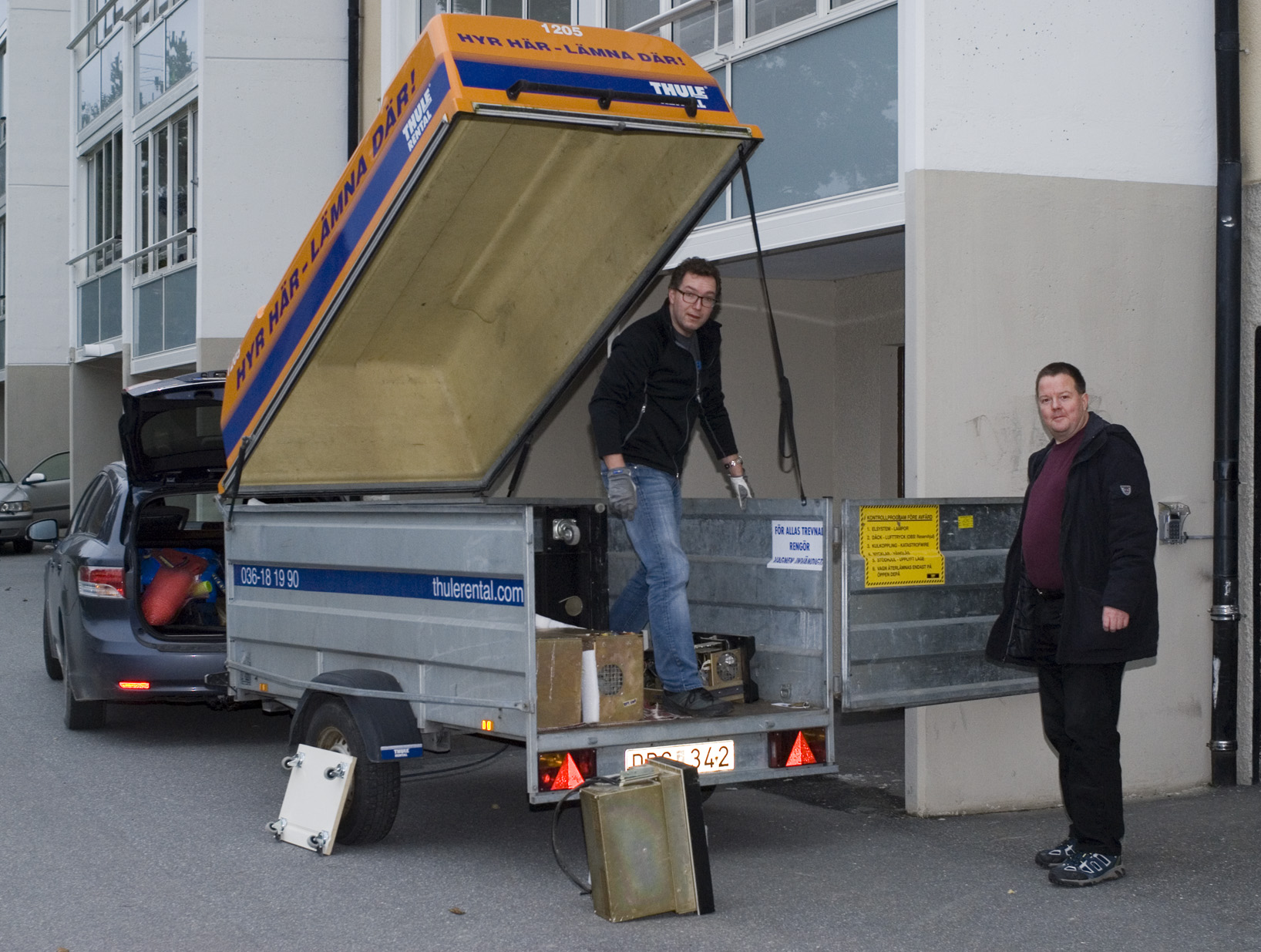 On the picture to the left, my friend Per-Ola that helped me out and to the right Olle, the donor.

This article is my 3rd oldest. It is 225 words long